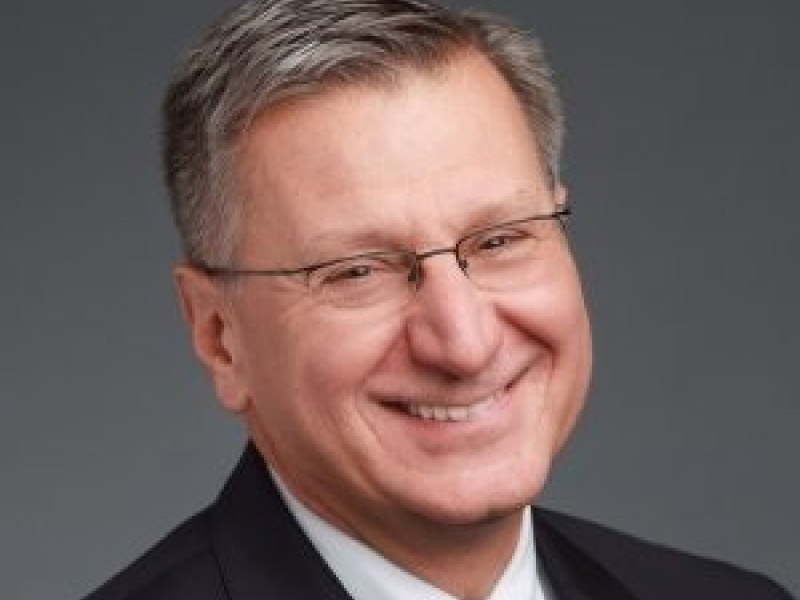 Chicago Illinois, June 5, 2019 – GLDD Dredging President Dave Simonelli opened the formal WEDA Annual Meeting with a keynote address on the 130+ year history of the company, featuring such highlights and project achievements such as the “reversal” of the Chicago River, the reclamation of Northerly Island and the Lincoln Park Extension. The river used to flow east in to Lake Michigan but since 1900 has flowed south and west via a newly constructed canal, the Chicago Sanitary and Ship Canal, eventually to the Mississippi, to achieve water management objectives for the growing City of Chicago.

Simonelli described not only Great Lakes’ corporate evolution, but also the current overall healthy state of the American dredging industry, especially ongoing investment programs and a growing partnership with the US Army Corps of Engineers.

Simonelli emphasized that “Safety is not proprietary” and said that the industry had made enormous strides forward, with much improved results. Injuries are now less than 1 per hundred employees per year.”

Incidentally, WEDA gave Simonelli its “Dredger of the Year Award” in 2018.

Later Dave sat down with DredgeWire Publisher Peter Bowe for an exclusive interview, together with Bill Hanson of their Washington DC office. In his morning speech, Dave said “history drives strategy.” DredgeWire asked him to elaborate.

He noted that consultant Boston Consulting Group worked with GLDD executives in 2017 to assess the overall business and develop a sound strategic plan. Simonelli pointed out that several times in the Company’s history, as far back as 1920, they had transformed their operations with investments in new dredges and the rationalization of obsolete vessels. GLDD took this to heart and scrapped 110 older, less efficient vessels including 5 cutters, 1 clamshell, 1 drill barge and many support plant. (with two other international hoppers headed to the boneyard this year.)

Their new investments have included the 15,000 CYD hopper “Ellis Island,” the largest US hopper dredge, which has just completed its first three jobs successfully. The combined result of the rationalization, new investments and a strong deepening market has been spectacular, resulting in the payment of revolver debt and improved cash flow, putting cash in the bank.

What are you excited about in the industry these days?

DS/GLDD comments can be summarized as:

“We are in a really strong domestic market which should last for at least the next 3-4 years.”

“New LNG export facilities are providing opportunities for utilization of our cutter fleet.”

“The industry has been making massive new investments, including both upgrades and newbuilds, totaling over US$1Billion.”

“Both GLDD and the industry have had terrific improvement in safety records.”

“We are using data better and faster to improve efficiency, for example, comparing productivity by shift, with immediate analysis and comparison, and doing better at preventive maintenance.”

DW—On the flip side, what concerns you?

“Lots of issues with labor shortages at every level; crew, engineers, project managers.”

“We are experimenting with new shift rotations to reduce the time employees are away. This issue is not going away.”

How has the regulatory environment changed?

“The Corps acts as if the heat is on to get work bid faster, but other agencies are not showing the same urgency.

The Corps is taking steps to expand the turtle work window for the better, based on science.

For example, we could have completed the Charleston Deepening project in two years instead of the three it will take if not for restricted turtle windows.”

“We are using mechanical dredges for our new Jacksonville Deepening job (slower and not the most economical tools for deepening) instead of cutters because of very restrictive water quality criteria.

“And there are State agencies to contend with. So overall it’s a mixed bag, but it has gotten better in some ways, and some trends are improving.”

DredgeWire thanked Dave and Bill for a very informative session…..

The Ellis Island recently commenced dredging operations on Phase 1 of the MSCIP Comprehensive Barrier Island Restoration Plan in the U. S. Gulf of Mexico offshore of Gulfport Mississippi. With a 15,000 cubic yard capacity Ellis Island is the largest hopper dredge in the U. S..